As this year marks the 70th anniversary of the founding of the People’s Republic of China, the New Media Center of People’s Daily Press and the Office of the Central Cyberspace Affairs of Commission, roll out a series of video called “24 Hours in China”, showing the glorious history of new China since its founding.

In the video “24 hours in Jiangsu”, no one can be found at XCMG intelligent turntable production line at 4 a.m., and splashing electrical sparkles in the dark are particularly dazzling.

Let’s visit the intelligent production line and take a look at the legendary "24-7 unmanned factory".

What is intelligent turntable line?

It’s a “production line” that integrates 18 processes and can produce more than 20 product categories. With this, the efficiency of XCMG crane structural workshop is increased by 150%, which means that 50 turntables will be produced under the premise of not greatly adjusting the production system.

How intelligent it is? 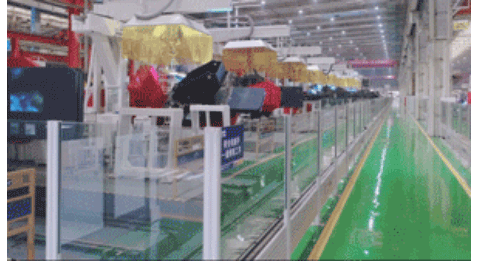 As the first large-scale intelligent structural workshop in the crane filed across the world, it is 240m in length and equipped with 18 processes. A person can control 10 machines and production efficiency is increased by 150%. Intelligent logistics covers more than 60% of the whole process. In the past, 36 persons in 3 shifts could produce more than 20 machines at most, but now one person in one shift can produce 50 machines.

How is the quality?

The production line, with 10 tons of load, can accurately carry each spare part in place with tolerance within 1mm.

As the welding data of 10 intelligent welding robots are networked, the system can monitor the parameters in real time, ensuring controllable quality and improving accuracy. Under such accurate operation, the quality of the products can reach 4 Sigma standards, which means only 4 of 10 million structural parts in each line will have defects.

What will happen in the future? 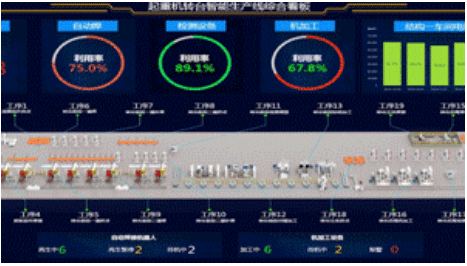 Starting from this, XCMG will renew the intelligent crane manufacturing standards in China and the world. In addition to huge input, we will give full play to the value of existing resources, and double the level of intelligence of XCMG manufacturing system through Things of Internet, industrial cloud and other technologies.

Previous
XCMG continues the record-breaking journey
Next
Xinhua Daily Headline: XCMG in the East of Xuzhou
Sign up for email on new advanced industries articles
Never miss an insight. We'll email you when new articles are published on this topic.

Want to know more? Contact your nearest dealer