Facing the global market under the influence of the COVID-19, how to expand the international market and resolve the difficulties in exports has become an outstanding question for Chinese manufacturers.

On May 20, XCMG in Jiangsu gave a special "online love confession” to friends and customers all over the world.

The first show of “The 2nd XCMG International Customers Festival (Online) for Southeast Asia was conducted online and broadcast in various media platforms. Hundreds of thousands of foreign friends followed the camera and walked into the production factory in XCMG to observe the modern production process. It provides an opportunity for a close contact and to experience the unique charm of XCMG.

mony of the live show, Xu Donghai, Vice Mayor of Xuzhou, spoke highly of XCMG, who applied new technologies and methods to expand the international market under the pandemic. He said,Xuzhou is the capital of China's construction machinery. XCMG is a well-known construction machinery enterprise in the world, China's largest construction machinery manufacturer, and also a bright name card of Xuzhou. This online live show of sales and marketing of XCMG is creative for the industry. It’s a realistic choice to overcome the impact of the pandemic and is also the general trend of future development.

Wang Min, Chairman and Party Secretary of XCMG, said that the event coincided with release of the latest global ranking in the industry. On May 18, UK KHL Group, the world's most authoritative information provider for construction machinery, released the 2020 top 50 list of global construction machinery manufacturers (2020 Yellow Table). XCMG rises to the fourth from sixth, continuing to lead Chinese enterprises in the industry. 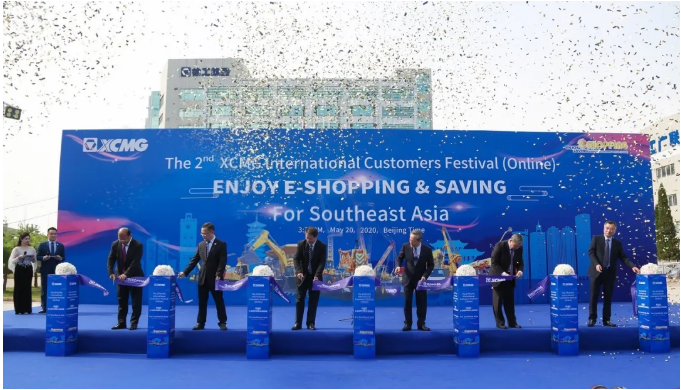 In the first quarter of this year, the exports of XCMG also outshined the rest of the industry, growing by more than 20% against the trend. Under the pandemic, there is always an opportunity in challenges. The top teams in internationalized XCMG first adopted the mode of live broadcast in the industry. It not only shows the technical strength, production capacity and product quality of China's No.1 brand in construction machinery, but also further enhances the confidence of global customers and friends to fight against the pandemic and overcome it. During the live broadcast, the joint construction of earthwork machinery, road machinery and XCMG trucks was held at XCMG test ground, China's largest professional construction machinery test ground, attracting the attention of friends from all over the world. The number of hits surged.

Excavators, loaders, road machinery and heavy trucks cooperated and worked together to simulate the joint construction scenes in a certain region of Southeast Asia. The high adaptability and joint construction capability of XCMG’s equipment are fully demonstrated. 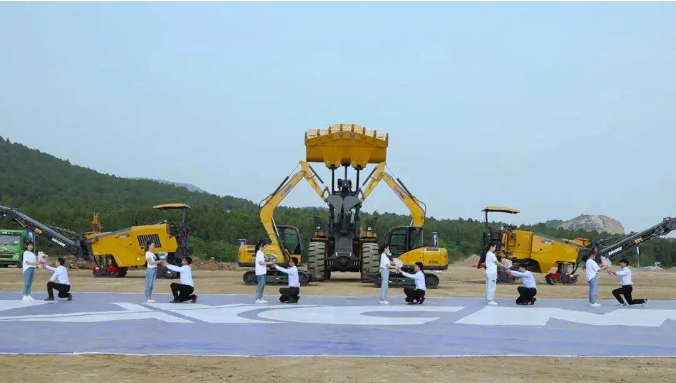 In the field, a dozen of couples in XCMG confessed their love and proposed, which not only conforms to the theme of May 20, the online Valentine's Day, but also builds romantic atmosphere to the XCMG equipment covered with golden armor. The machine is dynamic and it’s quite moving. As a somebody in the international trade of construction machinery, Liu Jiansen, vice president of XCMG Construction Machinery and General Manager of XCMG Imports and Exports, came to the show as an online salesman. He introduced and demonstrated products in English and talked about cases, technology and friendship. With his relaxed and humorous expressions and interaction sections sending gifts, he was highly praised by audience from all over the world. 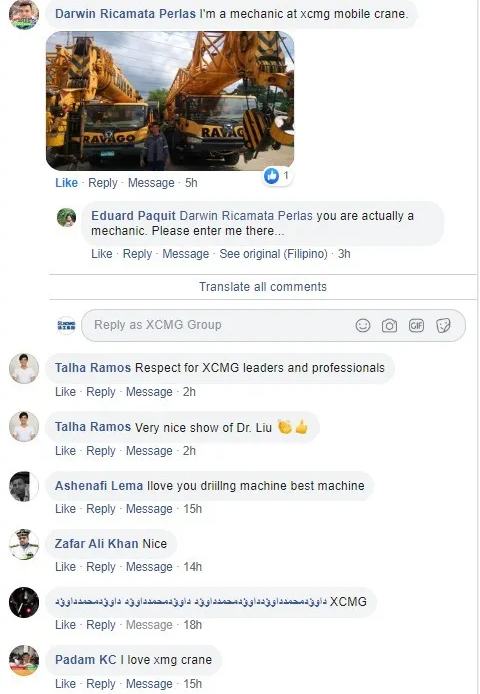 Over 600,000 people at home and abroad watched and participated in the show within two hours through the online live broadcast platform and multiple platforms such as XCMG’s official accounts on Vzan, TikTok and Kuaishou. Articles and live show were uploaded to Facebook, Twitter, Linekdin and YouTube at the same time, achieving more than 4 million hits and watches.

It’s said that after this show, XCMG will also launch other series of live broadcast shows for Central Asia, the Middle East, Europe and other regions one by one. The concept of “Leading Technology and Everlasting Products” helps XCMG produce exquisite products and contribute to restart and revive the global economy.