Places in Xuzhou (China), Moscow（Russia）, and Alma-Ata（Kazakhstan）, 14 best-sellers were unveiled one after another. More than 60,000 people crowded into the live room in the two-hour live stream. They left messages, rushed to purchase, and placed orders. This cloud meeting is inarguably fascinating. 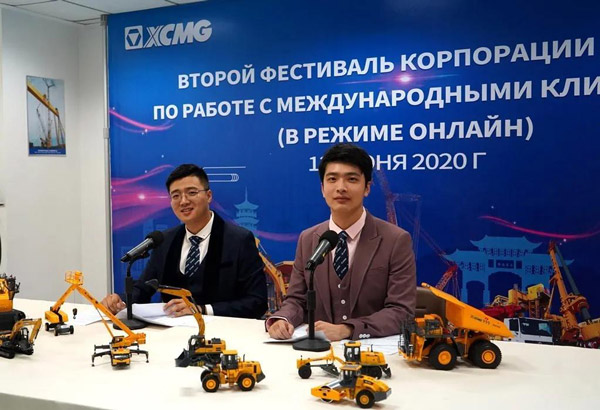 14 Russian anchors showed up in the live stream, including foreign employees at XCMG. With professionalism, fluent Russian, and intelligence, the handsome guys and pretty girls made the live stream a lot more eye-catching. Different from the first live stream in May, in addition to watching the exhibition of XCMG’s state-of-the-art equipment at XCMG’s various workshops, this time, the live stream (Central Asia special edition) moved our venue to the frontline to better accommodate the folk customs of Central Asian countries. At XCMG’s sales company in Moscow, Russia, General Manager Li Yunpeng, together with his local colleagues, sold products with witty remarks; in XCMG’s branch office in Alma-Ata Kazakhstan, General Manager Hai’na and his colleagues interacted frequently with the audience through on-site demonstrations.

All of the 14 best-sellers introduced in the live stream are tailored for the Central Asian market. 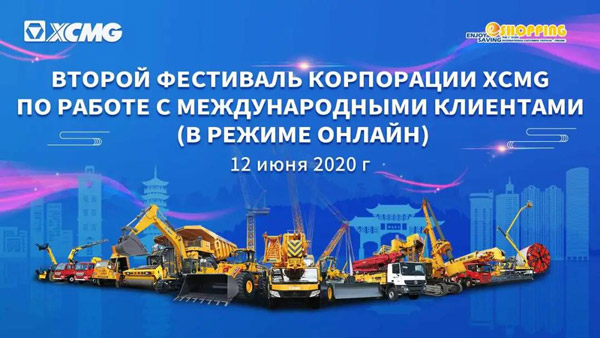 Surprises after surprises, orders after orders

At the end of the event

Calling for an interactive live stream

Will be arranged for our global fans

Previous
XCMG Rotary Drilling Rigs Participate in another Millennium Project
Next
Over 100 units of XCMG Machinery Shipped to North America!
Sign up for email on new advanced industries articles
Never miss an insight. We'll email you when new articles are published on this topic.

Want to know more? Contact your nearest dealer